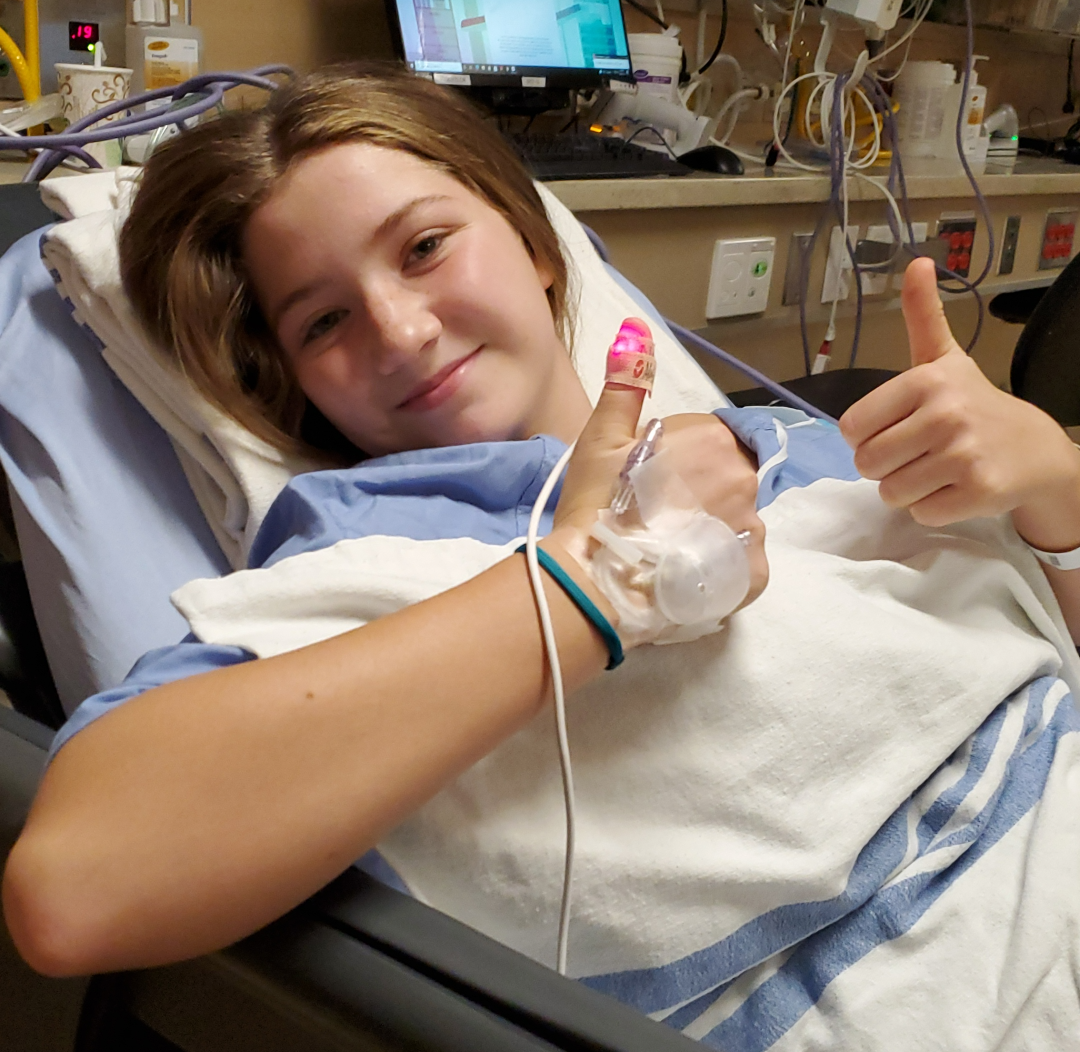 Addison sadly passed away from angiosarcoma on July 10, 2022 when she was just 14 years old. This page is dedicated to honouring her memory.

Addison or ‘Addy’ was an upbeat, funny 13-year-old with a giant heart. She loved playing basketball, spending time outdoors, cuddling her dog, playing with her friends, and putting a smile on someone’s face.

But on October 12th 2021, Addison was diagnosed with an aggressive form of cancer called Angiosarcoma.

Her cancer journey began in August of 2021 when she noticed a lump the size of a golf ball in her chest.

When Addison shared this discovery with her mom, she sent her straight to the doctor who suspected that she had a cancerous tumour. This was later confirmed by a biopsy...

Addison had a very rare and aggressive form of cancer known as Angiosarcoma. She began treatment immediately… the family was in shock.

Addison started with chemotherapy and in November, surgeons were able to remove the nine-pound tumour as well as 37 lymph nodes. They also took a skin graft from her right thigh.

The very next day, she was walking around and after a week she was cleared to go home, but she needed to resume chemotherapy in the new year for about 6 months whilst also having intensive radiation therapy for seven weeks.

The situation took a turn for the worse when in January 2022, Addison experienced a severe allergic reaction to her treatment. The treatment was stopped immediately and within seconds she was surrounded by 8 staff who administered an EpiPen to stop the reaction. After being kept overnight in hospital, the doctors made the decision to postpone her treatment for a week.

But unfortunately, when it was time to start her treatment again a week later, Addison was still having severe allergic reactions to her treatment and now the tumour in her chest was in the early stages of regrowth. This was very difficult news for the family to take after all they had been through, but incredibly, Addison remained optimistic.

She was able to continue her chemotherapy on the 31st of January but this time, the new drugs were stronger and resulted in adverse side effects which resulted in several admissions to hospital.

The following months continued to be challenging as Addison endured 36 treatments over a 7-week period and suffered from fevers and nausea, but she never gave up.

As Addison’s mom told us, “As hard as this is right now, we know we’re not walking alone, and we keep telling Addy, that she has no idea how many lives she has touched and inspired.”

We’re riding this August, for brave kids like Addison. Let’s come together to fight kids’ cancer!