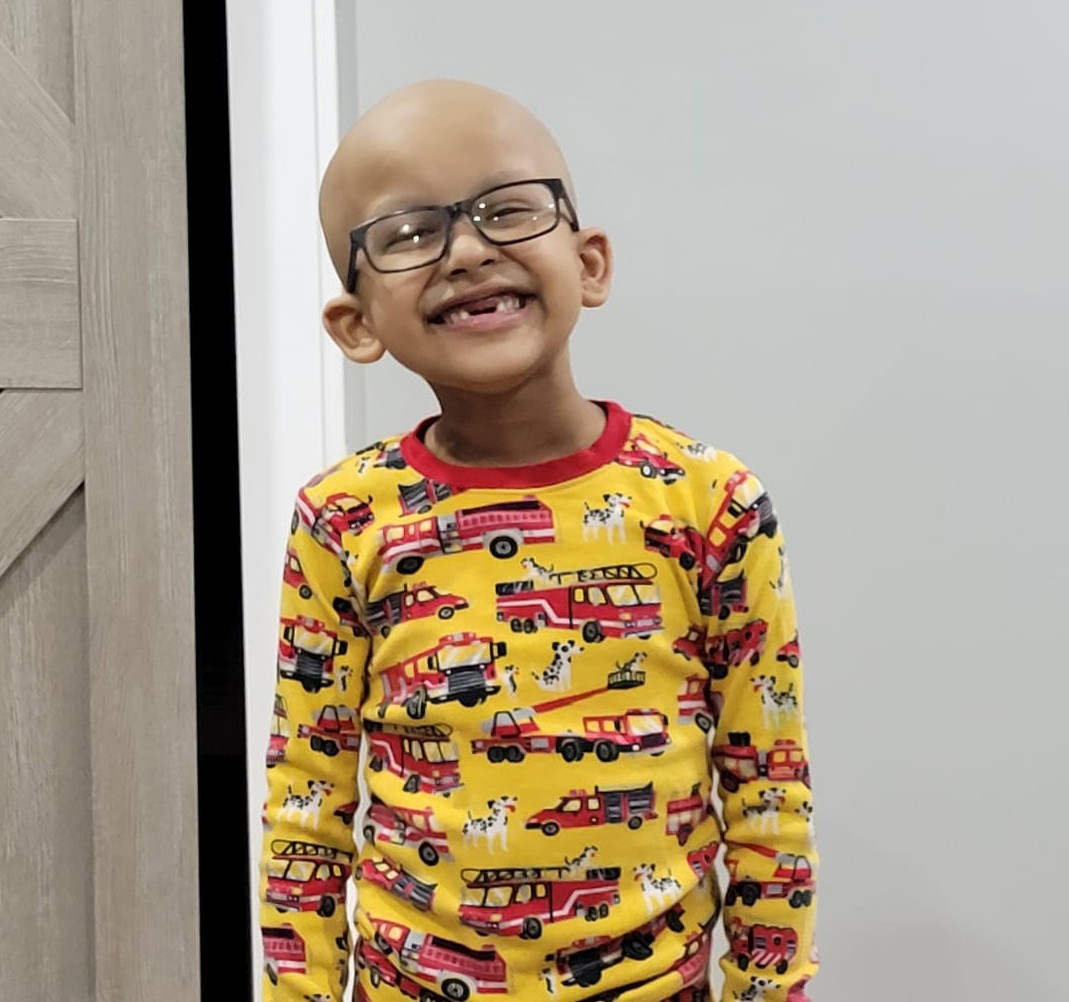 Qais is a kind and loving 7-year-old who loves his family with all his heart. He also has a great sense of humour and loves creating original artworks.

When Qais was just 2 years old, a mass known as a ganglioneuroblastoma was discovered in his chest.

It all started when Qais and his siblings caught the common flu. Qais’s siblings recovered fairly quickly… but Qais did not.

As Qais’s fever continued to persist, his mother became increasingly concerned and took him to the local hospital. After a chest x-ray was done, Qais was discharged, but the next day the physician called and said that something in the x-ray “didn’t look right”.

Qais had something in his chest and his esophagus was found to be displaced. Another x-ray showed similar results, so Qais was sent back to hospital.

After several tests including a urine test, an MRI, a CT scan and an MIBG scan, Qais and his family received devastating news…

It was discovered that Qais had a mass in his chest that needed to be surgically operated on. In addition, it was in a difficult location surrounded by many blood vessels.

The results of the surgery showed that the mass was a ganglioneuroblastoma, a tumour that develops in the nerve tissue and has both malignant and benign cells.

After the surgery, Qais was doing well and was kept under close supervision by his oncology team for the next few years.

However, when preparing for his final scheduled MRI, things took a turn again.

In the fall of 2021, Qais started appearing weak, began losing weight and developed intermittent leg pain. But later, when his MRI showed no growth in his chest, the result of the urinalysis told a different story.

Another scan showed that Qais’ body had numerous tumours throughout his body, and he was diagnosed with neuroblastoma.

Qais then began an intensive regimen of chemotherapy leading to two rounds of high-dose chemotherapy and an autologous stem cell transplant.

After the first round of chemotherapy, he was admitted to a special unit for a month, to receive a stronger dose of chemotherapy to kill the remaining neuroblastoma cells.

These long periods of time spent in hospital are always difficult for Qais because he misses his large, tight-knit family.

On the 5th of May 2022, Qais was admitted to hospital again to begin the second round of high dose chemotherapy and stem cell transplants. After this round, depending on what the scans show, his medical team will decide upon the next steps of his treatment.

Qais has fought cancer once, and he’s now fighting cancer for the second time in his young life.

Let’s ride with everything we’ve got this August… because kids like Qais should be living life, NOT fighting for it!