4-year-old Benjamin is a high-spirited little man with a great sense of adventure! 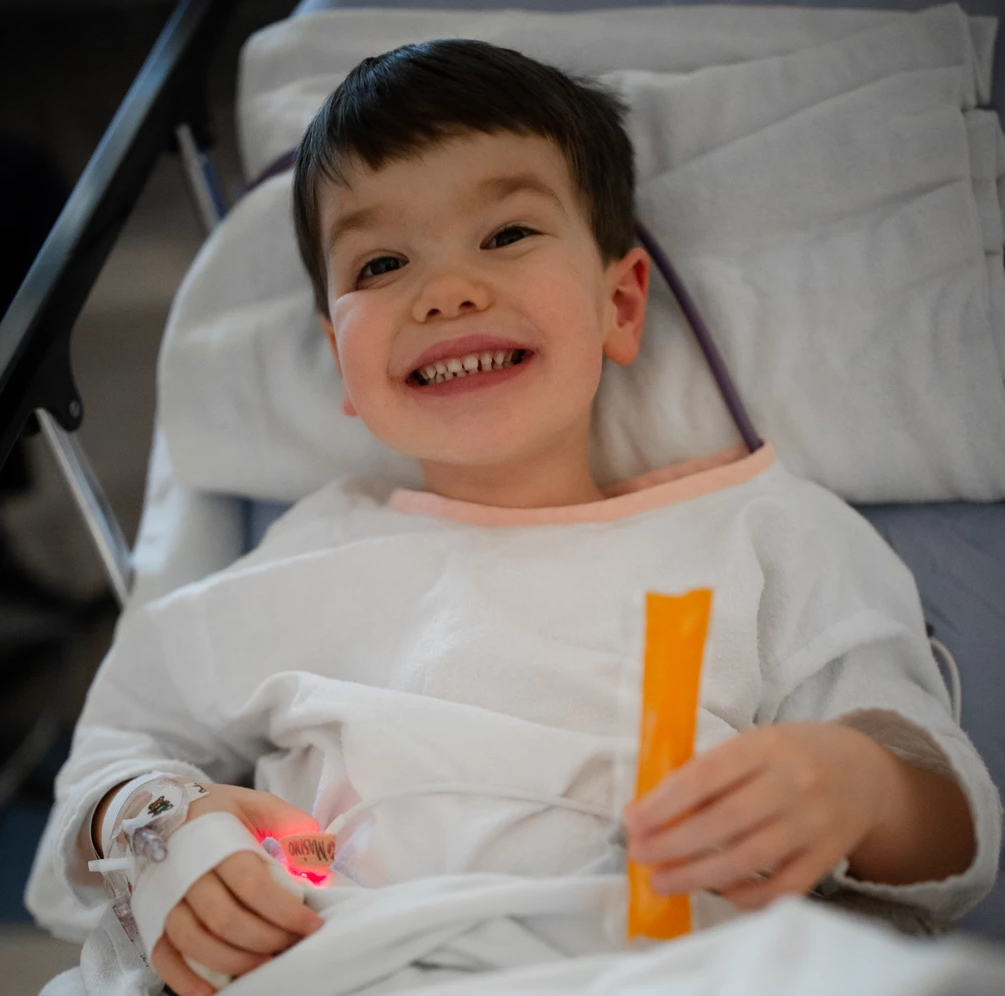 His journey began in November 202​1 when he was accidentally kicked in the face while playing with his friends.

The result was some swelling around the injured area which developed into a firm, dark purple bump close to the outer corner of his right eye. The skin on the bump began to peel as it kept growing and eventually opened up.

His parents were concerned, so they took him to the doctor.

After consulting with various medical professionals, Benjamin and his parents ended up in the emergency department at the Hospital for Sick Children. After a 12-hour-long stay, he was put on antibiotics and told to come back in a few days. When he returned, the antibiotics had made no improvement to his condition, so a CT scan was ordered.

After the CT scan and further investigation, Benjamin was officially diagnosed with a rare type of cancer called Langerhans Cell Histiocytosis (LCH).

He then underwent chest x-rays, a skeletal survey, and an ultrasound of his abdomen. This was required to see if Benjamin’s cancer could be found anywhere else in his body and to confirm the details of his treatment plan.

The results showed that Benjamin’s cancer was localised to his skin and two facial bones. He was given a treatment plan consisting of mild chemotherapy and a heavy dose of an oral steroid.

Recently, Benjamin completed the two initial phases of his ‘induction’ treatment where chemo was given once every week along with high dose steroids. Now, he is in the maintenance phase of his treatment.

Despite everything he has been through, this brave young boy has remained remarkably optimistic and upbeat. Benjamin is truly an incredible boy!

As his proud mom told us, “Benjamin has managed to handle each challenge with a sense of adventure."

We’re riding this August for brave Benjamin… because kids like him should be living life, NOT fighting for it!