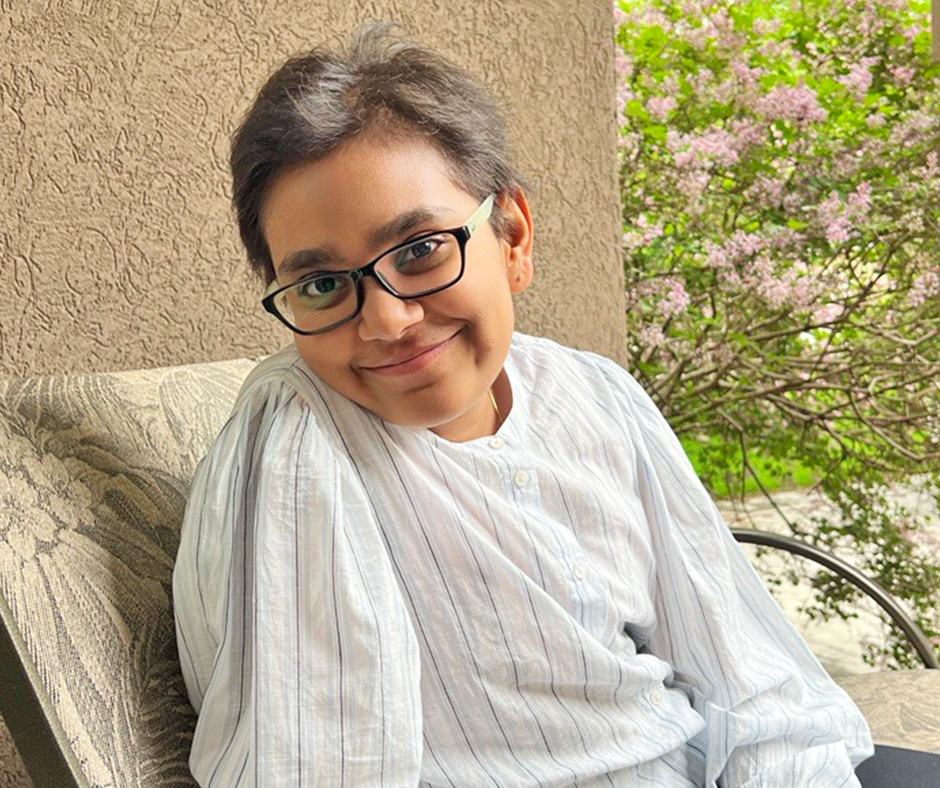 Hana is a confident and intelligent 12-year-old who loves science. She also loves swimming, nature, baking and playing with her puppy.

In March 2021, Hana was diagnosed with neuroblastoma.

For more than a year before her diagnosis, Hana experienced extreme pain in her legs. Doctors attributed her pain to growing pains and for a while, she went to physiotherapy and wore knee braces.

Hana also had blood tests, but they didn’t show anything was wrong.

This all changed when Hana lost her appetite and stopped eating altogether. Her weight plummeted from 45kg down to 36kg and her parents took her to see a different doctor.

Diagnostic imaging was done, and the results showed a mass in her abdomen… her family was devastated.

The next morning, she was admitted to SickKids where the team ordered an ultrasound, CT scans and an MRI. They also gave Hana pain medication to help alleviate the intense pain she had been experiencing in her legs for more than a year.

After further testing, Hana was officially diagnosed with neuroblastoma.

Her treatment plan was then changed in July 2021, and Hana was switched to immunotherapy with chemotherapy. Thankfully, Hana’s disease has shown a much better response to this treatment.

Hana is currently being monitored closely while she continues to endure intensive treatments. She is typically admitted to hospital for treatments for six consecutive days, and has to deal with pain, nausea and diarrhea.

While the side effects can be difficult to manage, Hana understands that to get back to doing what she loves, she needs to endure these hard treatments.

Kids like Hana should be living life, NOT fighting for it.

Join us this August and let’s ride together to support kids like Hana and KICK CANCER’S BUTT!